On 16 December we went to Fulham FC's training ground to play a tournament.  As we entered the round a player was talking to us.

We then won the quarter final 2-0 against Dorchester; the semi-final 4-0 against Ardingly.  In the final we played St Charles and Ben scored the goal to win 1-0 and we were the champions!  now we progress into the Regional finals.

Report by Antonio and Finlay 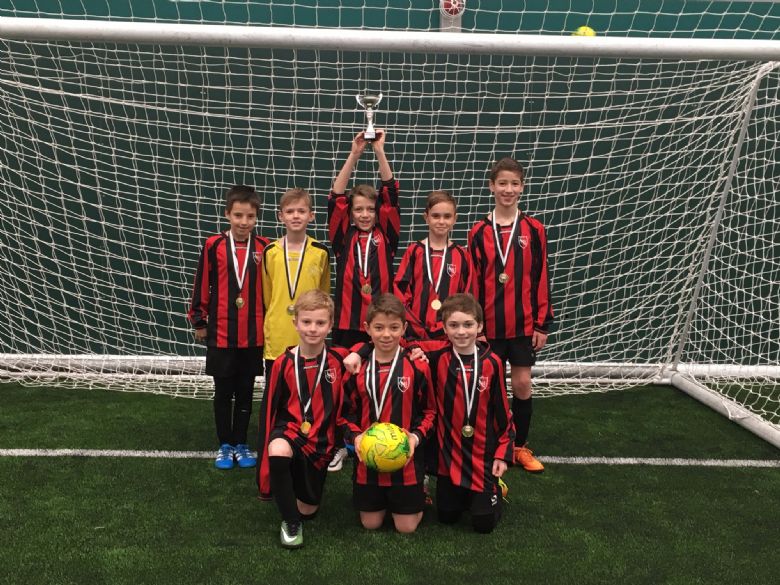