U11 District 5 a side Football

On Friday 5th February 2010, the year 6 boys took part in the district 5 a side football tournament held at the Xcel Centre, Walton. This tournament is one of the highlights of the year and is always very keenly contested so we knew we were in for a tough, tiring and hot evening! We also knew we would have to play as well as we’ve ever done if we were to have any chance of getting close to the gleaming silver cup that stood proudly on the presentation table. Little did we realise that our team would play the competition of their lives…

We started in sensational form with a convincing 7-0 victory over Claremont Fan Court followed by a deserved but hard fought 2-1win against St Paul’s, Addlestone. Our third game saw us draw 1-1 with a last kick of the game equaliser against pre-tournament favourites Cleves. We then ended the group stage in style by beating St James 3-0 and St Charles 6-0. First mission successfully accomplished – top of the group and straight into the final where we would once again meet Cleves.

The final was one of the most physically competitive games I’ve seen at Under 11 level for a long time and I am immensely proud of the way the team stood up to the considerable challenge placed before them. We played with belief, we matched the opposition stride for stride and played the better football. We were on the front foot for the majority of the game and only the underside of the bar prevented a victory in normal time (that and an unbelievable last ditch tackle by Alex when it appeared Cleves may snatch a cruel victory on the break in the dying seconds!)

And so to extra time where we once again pushed forward seeking the all important goal. We came agonizingly close on two occasions before Luke slammed home the winner from a narrow angle to cheers of great delight from the supporting parents on the side. It was a victory richly deserved. We played the best football on the night, we conducted ourselves with dignity and congratulated our opponents throughout. We also crossed that vital line between being finalists and being winners and we did it because we believed in ourselves.

Congratulations to the team and to the parents who were so supportive with their words of encouragement on the sidelines – I was very proud of you all! 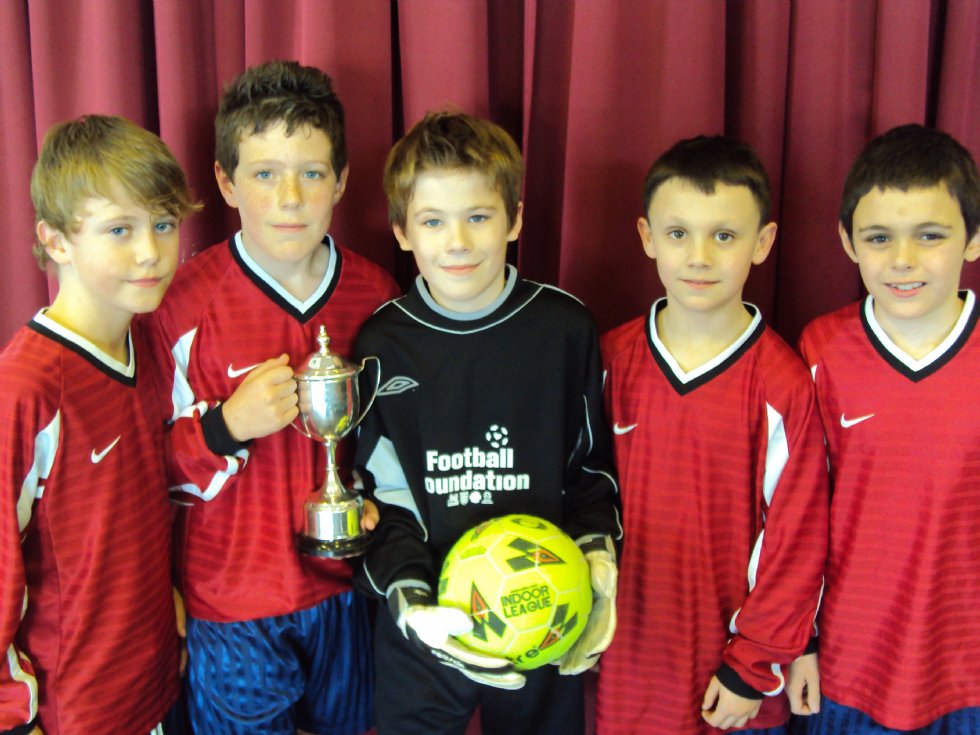